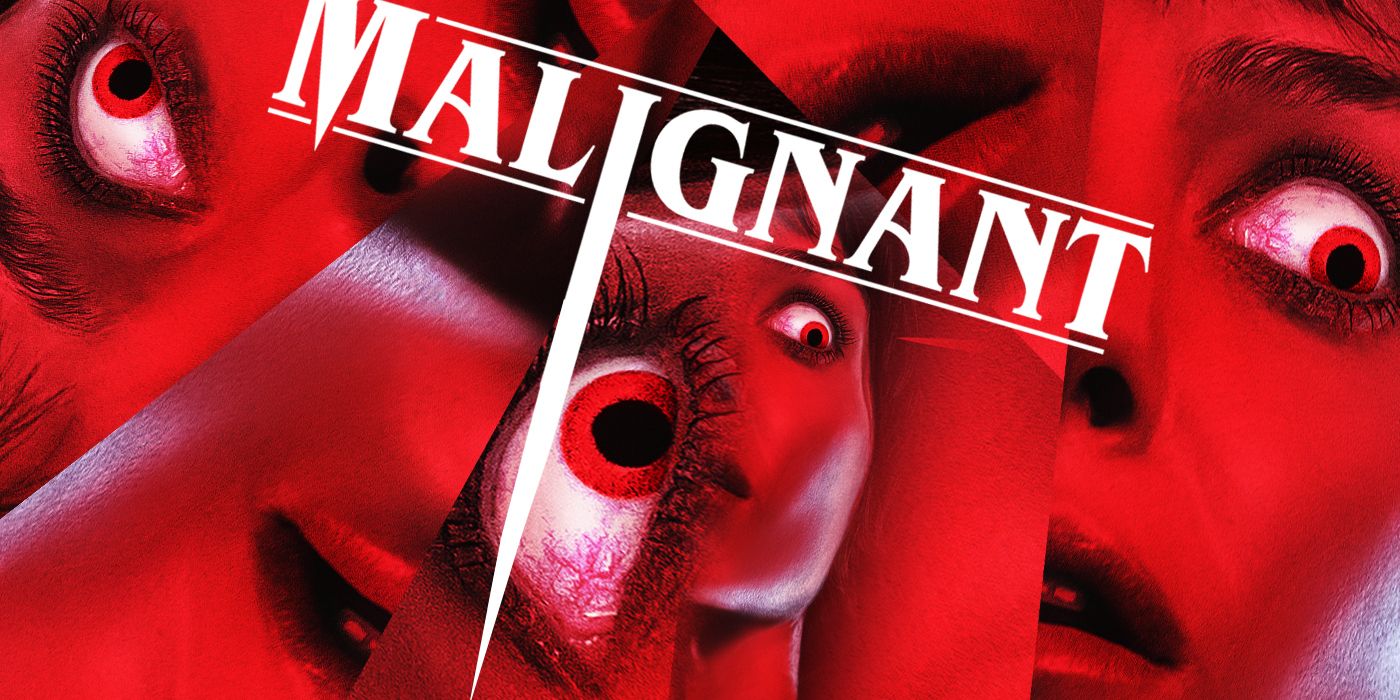 If you’ve already seen Malignant, you’ve already experienced the objectively batshit final 30 minutes of James Wan‘s Giallo-inspired supernatural slasher. To briefly recap: It is revealed that our main character Maddie (Annabelle Wallis) was born with a sentient parasitic sibling named Gabriel attached to her brain. In Malignant‘s whirlwind third act, Gabriel’s little monster face bursts out of the back of Maddie’s head and puppeteers her body, backward, as he slaughters every person in a holding cell and the surrounding police precinct. It’s one of those set-pieces that drops your jaw on the floor not only because it’s so audacious, but also just on a technical, “how they do that” level. In a recent roundtable interview with Wan, Collider learned that the answer is much, much more practical than you’d think, thanks in large part to dancer and contortionist Marina Mazepa, who doubled as Gabriel’s physical performer.

RELATED: That ‘Malignant’ Ending Is the Wildest Horror Set-Piece In Years; Here’s Why That Matters

“What I will say is designing and bringing Gabriel to life wasn’t an easy task. It really is a combination…it took the entire filmmaking village, as I describe it,” Wan said. The filmmaker went on to note that Mazepa performed the brutal holding cell choreography in-camera, pulling off Gabriel’s murder spree in reverse.

“Marina was an incredible find. We could not believe it. I thought I had to shoot a lot of the movie in reverse and then playback in reverse. What was amazing about Marina is just how quick of a study she is as a sort of physical body performer [and] dancer, that she was able to learn the choreography, and she literally did all the fighting backwards, blindly! It was insane to sort of watch how that was all choreographed. That huge fight in the holding cell was all done by Marina. There was no sort of trickery, if you will. We didn’t cheat in any way. She did that all backwards.”

Of course, we simply cannot forget the fact that while Gabriel is tossing bodies and breaking bones, we still have to see Annabelle Wallis’ unconscious face being dragged along. This, too, is a technical marvel; while Mazepa was performing the fight choreography–again, backward–she was also wearing a plaster prosthetic version of Wallis’ face over her own, with an animatronic Gabriel face on the back of her head. It’s a lot.

“It was a combination of what [Mazepa] did there, and what prosthetic makeup did as well. We applied a prosthetic life cast of Annabelle’s face, and [Mazepa] wore it on her actual face. Then on the back, she’ll be wearing an animatronic head of Gabriel. So a combination of that, with the amazing special effects team that I had on the film. Also, [Industrial Light & Magic] helping me to pull it all together to bring Gabriel to life, it was quite the experience. I really wanted to create a villain that we haven’t quite seen before, and it took a lot of work to get it to this level.”

Be on the lookout for the rest of the interview with James Wan on the site soon. Malignant is currently in theaters and streaming on HBO Max.

KEEP READING: ‘Malignant’ Is a Great Practical Joke, But Is It a Good Movie?