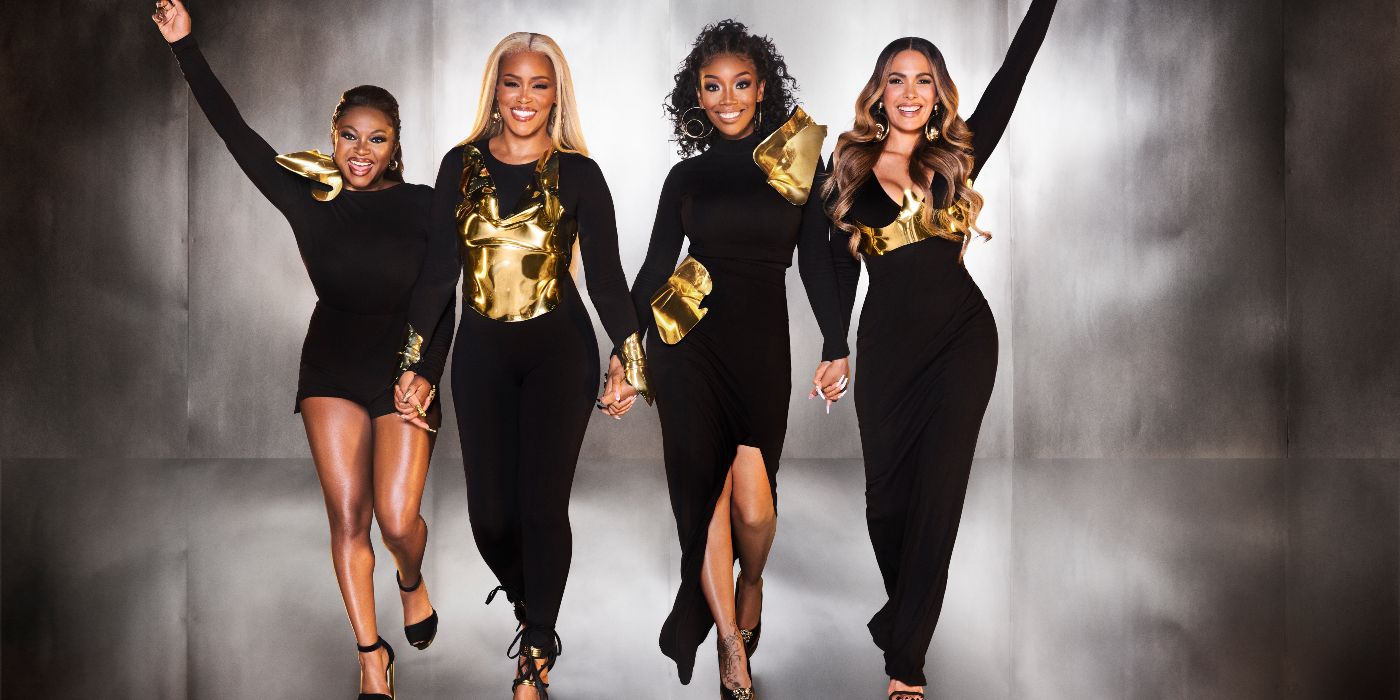 This fall, get ready for a new ABC drama that is tailor-made for anyone who was a huge fan of the female R&B and hip-hop movement of the 90s. Brandy, Eve, Naturi Naughton, and Nadine Velasquez are lending their star power to Queens, about a group of famous female hip-hop artists trying to leverage nostalgia in order to rekindle their music careers.

Ahead of the show’s premiere next month, a new poster has been revealed, which features the show’s tagline, “reclaim your throne,” while the four main stars, Butter Pecan (Velasquez), Xplicit Lyrics (Brandy), Professor Sex (Eve), and Da Thrill (Naughton) lounge around a gold-framed white, cushioned throne with a white background. They are dressed to the nines in shimmering gold outfits, staring down the camera with a vengeance. The name of the show is bedazzled with sparkling diamonds and even more gold. In essence: this is a poster befitting of these four queens.

In addition to the four leads, Queens also stars Taylor Sele as Eric Jones and Pepi Sonuga as Lil Muffin. Queens is written and executive produced by Scandal‘s Zahir McGhee with Sabrina Wind, and Tim Story, who also directed the first episode.

Brandy and Eve were huge R&B and hip-hop stars in the 90s before they delved into the acting scene. Brandy debuted in 1994 with her eponymous freshman album, while Eve came along a few years later in 1999 with her album Let There Be Eve… Ruff Riders’ First Lady. You’ve no doubt seen Naughton before in her role as Tasha St. Patrick on the Starz hits Power and Power Book II: Ghost. Meanwhile, Velasquez has had several walk-on roles in many hit shows, including Z Nation, and also stars in The History Channel’s newest drama, Six.

Queens premieres Tuesday, October 19 at 10 p.m. EDT on ABC and will be available for streaming on Hulu. Check out the new poster below:

KEEP READING: ‘Wu-Tang: An American Saga’ Creators Alex Tse and RZA on the Lasting Impact of the Wu-Tang Clan

‘Malignant’ Is a Great Practical Joke, But Is It a Good Movie?

The movie seems designed from the ground up to trick James Wan’s fanbase specifically.