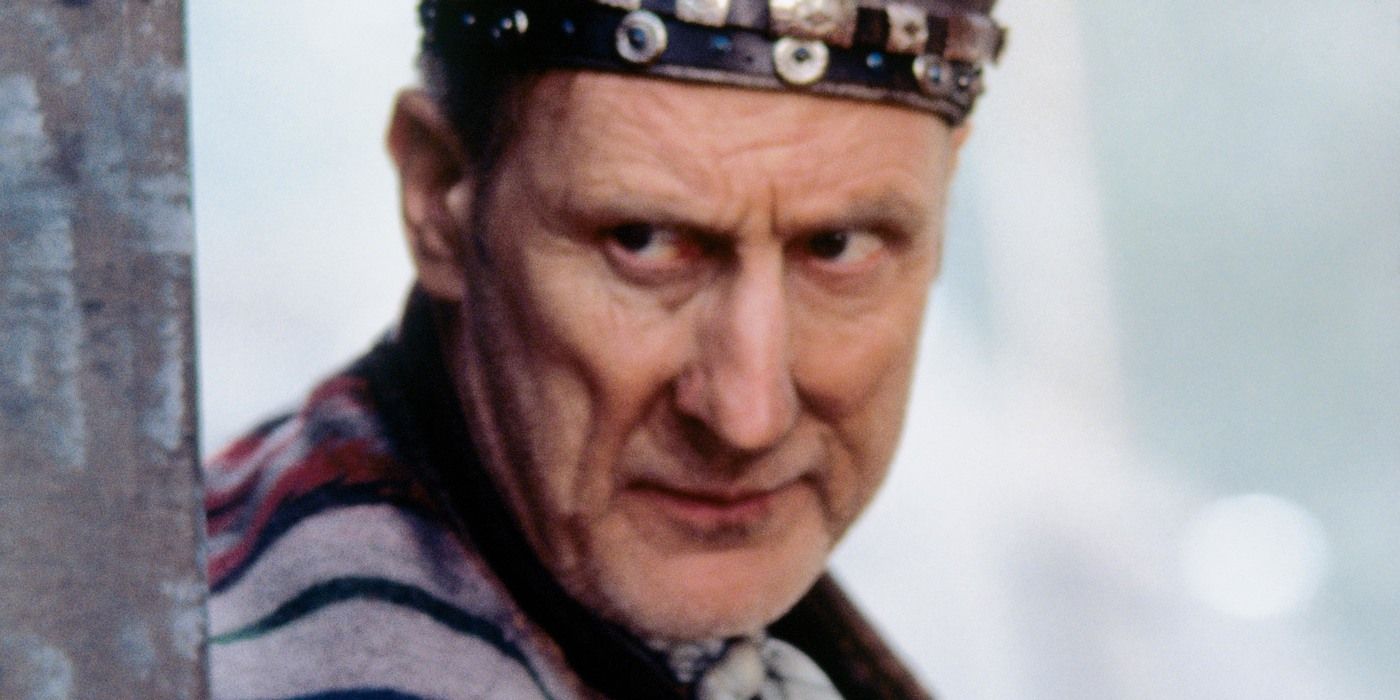 The Star Trek feature films have never struggled in nailing their main casts, shepherding the core ensembles of two of the greatest science fiction television shows of all time to the big screen. While fans are more divided on the quality of the most recent “Kelvin Timeline” series, the young ensemble delivered earnest performances that honored the legacy of their original series counterparts while offering their own interpretations. The stronger installments were able to flesh out the ensemble with interesting new crew members, pairing the heroes against such memorable threats as Khan (Ricardo Montalbán) or Chang (Christopher Plummer).

Between reintroducing the crew and establishing a conflict, there was often little time to create characters that didn’t fit into either category. The shows had the luxury of telling episodic stories that made room for featured guest stars, but there’s often little time to fully develop an additional character within a tight two-hour narrative that justifies expanding to a larger budget. Among the exceptions is James Cromwell’s sensitive, hilarious work in Star Trek: First Contact. By flipping the mythology on an established Trek figure and instilling his own unique personality, Cromwell gives one of the best performances in the entire film saga.

RELATED: Every ‘Star Trek’ Movie Ranked from Worst to Best

Cromwell’s Zefram Cochrane is the godfather of the titular “first contact.” He’s the genius inventor of the Phoenix, the first warp-capable space vessel that inspires a Vulcan ship to visit Earth for the first time. Cochrane had appeared in The Original Series as a dying older man restored to his youthful body (Glenn Corbett) by the Companion. Cromwell’s Cochrane is in a far different situation. He’s a wacky, hard-drinking hooligan with no ambition to travel too far outside of his local drinking hole, and certainly not into space. He’s yet to make his critical flight that would be studied within Trek’s history textbooks.

Cochrane has to reckon with the expectations that his own legacy will leave behind when the core Next Generation crew (minus Picard and Data) travels back in time to ensure his voyage is successful, as the Borgs threaten to disrupt it and change the course of the timeline. It’s an intense prospect in one of the most suspenseful, action-packed Trek films, and Cromwell’s befuddled disbelief makes for a necessary (and humorous) tonal shift. He’s already wasted beyond coherence by the time Troi (Marina Sirtis) and Riker (Jonathan Frakes) find him, and Cromwell hilariously captures the essence of a gentle, yet cynical town drunk.

Cromwell finds the right balance of earnestness and amusement as Cochrane learns of his own importance. Within a few short moments, he’s forced to accept the reality that not only are time travel, intergalactic spacecrafts, and alien predators real, but he’s destined to be of critical importance to all of them. While his laughing dismissal of Riker’s explanations as an elaborate prank feels like an authentic first reaction, Cromwell is heartfelt in his consideration of what he’s destined to do. Cromwell identifies a more relatable plight than how to engineer groundbreaking technology: he’s simply never had any expectations of himself.

Cromwell’s weariness as he’s approached by starstruck crewmembers makes his overwhelmed state more engaging. He’s not flattered when the bumbling Lieutenant Barclay (Dwight Schultz) nervously asks to shake his hand, but exasperated. It’s one thing to know he’s someone of consequence, but being asked to act like one, too, identifies a fascinating philosophical question that harkens to the best of The Next Generation’s insights. People that change history don’t always know that at the time, and only through Trek’s time travel do they learn they’re not just expected, but required to succeed. Cromwell elevates Cochrane’s grumpy cynicism by showing that it’s his coping device.

It helped that Cromwell was already a Trek veteran, having guest-starred in three episodes of The Next Generation and one episode of Deep Space Nine. He came with knowledge of the universe, but with First Contact, he was allowed “to have as much fun as I possibly could.” By letting loose with his eccentricities, Cromwell grounded this era of Earth in the context of its more primitive development. 2063 is far from the unified perfect society, and in a secluded town in Montana, the fallout of a space battle is devastating. It makes sense that in this desperate future, someone as idiosyncratic as Cromwell is the unlikely savior.

Despite the laughs he adds, Cromwell doesn’t break from the consistency of the role. He’s appropriately wondrous when gazing into space, but doesn’t immediately transform into a pensive scientist, and he doesn’t have to. Cochrane at first seems like nothing but a buffoon, but Cromwell shows casual displays of intelligence as he adapts to the advanced technology. It was important for him to hastily, yet steadily accept his destiny.

Riker may offer Cochrane insights on his later accomplishments, but he doesn’t negate them; the knowledge was in Cochrane all along, and all he needs to prepare his daring mission is a little Steppenwolf. He’s worthy of his leadership within the community, and though they share only a few moments together, Cromwell proves that he’s a worthy ally of the badass Lily Sloane (Alfre Woodard).

Cromwell’s fleshed-out depiction creates a touching conclusion where he sees his efforts come to life. Greeted with the first Vulcan ambassadors, he welcomes the alien visitors with the warmest greeting he knows: a warm handshake and spontaneous dancing to “Ooby Dooby.” It’s humanity at its best — friendly and receptive, even when it doesn’t know its place. First Contact often feels like “Die Hard on the Enterprise,” but this moment encapsulates the hope that is omnipresent in Trek. Cromwell gives it a rowdy, wholesome distinction.

Zefram Cochrane is the epitome of a great Star Trek supporting character. His arc is completed in the story told, and he leaves on a positive note as the crew takes off on another adventure. Cromwell had the task of being both the comic relief and center point of Trek mythology, and he beautifully fulfills the two responsibilities as one of the film franchise’s most memorable characters.

KEEP READING: Alfre Woodard on ‘See’ Season 2 and Why She Still Has Scars From Making ‘Star Trek: First Contact’

Also, John Cena explains why you keep seeing his tighty-whities on screen.