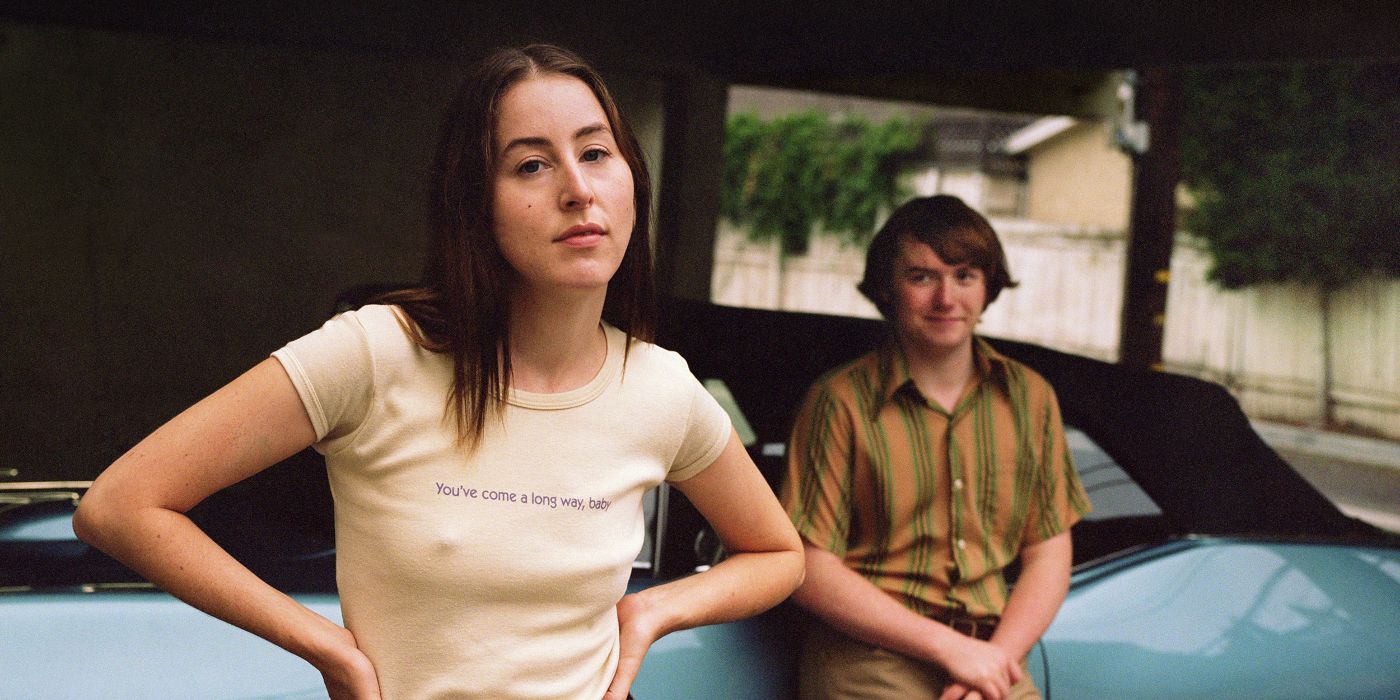 In the wake of its recent trailer release, MGM has also debuted the first poster for the upcoming movie Licorice Pizza. The story is set in the 1970s, which is immediately apparent upon first glance at the poster. The two main characters of the movie, Alana Kane (played by Alana Haim) and Gary Valentine (Cooper Hoffman), are front and center and dressed in mostly drab earth tones, with the main spots of color being the glacier blue sports car that Valentine is leaning against in the background, as well as Kane’s deep purple jeans. Licorice Pizza does not have an official release date, but is expected to premiere in theaters sometime this year.

Licorice Pizza is the brainchild of popular director, producer, and screenwriter Paul Thomas Anderson. Anderson has a history of making dark, emotional films about the most dysfunctional and unhealthy relationships anyone could ever dream of, and it looks like his upcoming film is no exception. After the commercial and critical success with films like Punch-Drunk Love, Boogie Nights, and There Will Be Blood, fans might know what to expect from this coming-of-age drama.

The film’s title, while curious at first, actually has a historical meaning, referring to the chain of record stores in Southern California that offered free licorice as well as the latest albums during the ’70s.

In addition to Haim and Hoffman, the son of the late Philip Seymour Hoffman, Licorice Pizza stars Sean Penn, Tom Waits, Bradley Cooper, and Benny Safdie. Cooper appears to be playing Jon Peters, the real-life producer behind such films as Barbra Streisand‘s version of A Star is Born and Wild Wild West.

According to the film’s trailer, there’s no official release date yet, but there is some speculation that it could debut in theaters sometime around late November. Check out the new poster for Licorice Pizza below:

‘Venom 2:’ Carnage Is Unleashed in New Clip From Sequel

After many delays, Carnage is finally coming to the big screen.

TikTokers Are Recreating Looks From Squid Game Just In Time For Halloween
Billie Eilish Called Jimmy Kimmel Out for Making Her Look Stupid and Talked About Meeting Kate and William
Inside the Making of “Another Day”
Zendaya Looked Like a Space Princess in a Stunning Rick Owens Column Gown at the Dune Premiere
Brooke Lynn Hytes: “Expect Some Legendary Looks From Canada’s Drag Race Season Two.”