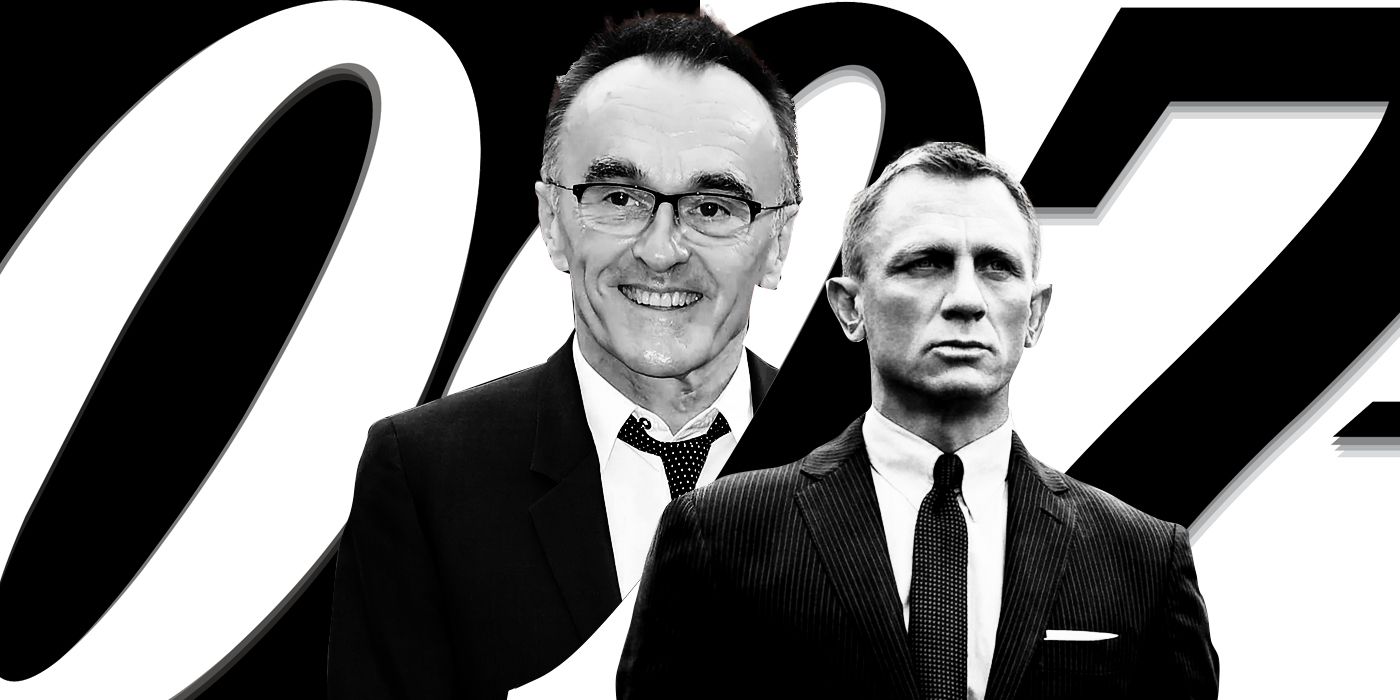 The 25th James Bond movie, No Time to Die, experienced a rough road to the big screen. Thanks to the COVID-19 pandemic, it’s experienced multiple release date delays that have seen its premiere date pushed from April 2020 to October 2021. But even before this global health crisis reared its ugly head, No Time to Die had already experienced its fair share of turmoil. Long before eventual director Cary Fukunaga came onboard to helm Daniel Craig’s last 007 outing, Oscar-winning filmmaker Danny Boyle was tapped to direct a version of the project we’d never get to see.

Hearing his name out of context, Boyle may seem like an odd pick to helm a James Bond movie. Though he’s done genre movies like 28 Days Later and Sunshine, he’s never helmed a big-budget blockbuster. However, in the context of who MGM/EON Productions had been picking for modern Bond outings, Boyle actually seems like a logical choice. The two preceding Bond films, Skyfall and Spectre, were also directed by an Oscar-winning filmmaker, Sam Mendes. Boyle probably seemed like the next logical pick to try and make the Mendes magic on Skyfall strike twice.

RELATED: ‘No Time to Die’ Director Says Rami Malek’s Villain Is Bigger Than Any Bond Villain Before

Plus, there was the fact that Boyle had worked with the Daniel Craig iteration of James Bond before. Boyle’s opening to the 2012 London Olympics had incorporated Craig’s take on 007 in a segment involving the character escorting the Queen of England to the prestigious games. Though a far cry from directing a feature-length James Bond feature, it did help establish the idea that Boyle and Bond were not an impossible duo. With all these qualities in play, Boyle signed on to direct in May 2018. The next Bond movie was a go.

Over the summer of 2018, a handful of details began to creep out about Boyle’s take on the world of James Bond, which was set to begin principal photography just before the end of the year. Most notably, a casting call shed light on the film’s new characters, who would’ve included a Russian protagonist. The production never got far enough to further flesh those new individuals out, though, as Boyle and co-writer John Hodge would leave the project in August 2018. Just three months after signing on, Boyle had opted to exit the world of this superspy. The director later called his departure a “great shame,” adding: “What John [Hodge] and I were doing, I thought, was really good…It wasn’t finished, but it could have been really good.”

Even all these years later, it’s hard not to wonder what exactly happened here. Why did Boyle leave a job that seemed like it was tailor-made for him at this point in his career? The top-secret nature of Bond films means very few concrete details, like script pages or concept art, have leaked surrounding Boyle’s version of No Time to Die. However, that doesn’t mean the entire production is surrounded by mystery. Most notably, production designer Mark Tidesley told Total Film Boyle had “crazy, madcap ideas” for James Bond that ended up going against the wishes of the film’s producers.

Such descriptors immediately call to mind Boyle’s most rambunctious movies like Trainspotting. It’s doubtful Boyle would’ve gone so far as to have Bond hop into a toilet, but there is an energetic anything-goes quality to many of Boyle’s works that could have easily been translated into a globe-trotting 007 blockbuster. At the same time, the unorthodox nature of Boyle’s filmmaking likely left members of the Bond team cold—especially the remaining Broccoli family members, who control almost everything around the James Bond franchise—given their resistance to other subversive takes on the series in the past.

Boyle himself, meanwhile, has remained tight-lipped on what his Bond film would’ve looked like and it’s likely we’ll have to wait years, if ever, for any concrete details on the production to slip out. However, Boyle has made it clear to outlets like The Guardian that his biggest issue on the production was that the producers of the 25th Bond movie had drastically different ideas for how the script should go. Adjusting the script would’ve meant abandoning his writing partner John Hodge and his resistance to dismantling that unity was apparently a key reason why Boyle’s Bond never saw the light of day.

While Boyle has been upfront on what led to him departing this blockbuster, he’s been far vaguer on what themes, set pieces, or even actors he was eyeballing for the production. However, one recurring rumor regarding this particular endeavor is that Boyle was looking to kill off James Bond in the project. That certainly would’ve been a bold move to cap off Daniel Craig’s time as the character, akin to how Hugh Jackman went out in a bloody blaze of glory with Logan. However, the lack of concrete information from anyone, including Boyle, on this matter means that it can only be chalked up as a rumor and a sign of how wildly people presume Boyle’s take on this material could’ve been.

There were also rumors at the time of his departure that a key reason for his leaving was because Boyle wanted to cast Cold War leading man Tomasz Kot as the film’s primary villain against MGM’s wishes. Kot eventually released a statement on the matter clarifying that he had never been officially signed on for the role, however, he did confirm that he had been reached out to by Boyle to prepare scenes that could showcase his skills at portraying a villain. Neither Kot nor Boyle have ever divulged further details on what the potential role could be, though the thought of the lead actor of a leading man from a Pawel Pawlikowski movie getting such a high-profile part is intriguing.

In the end, MGM went with another distinct auteur, Cary Fukanaga, to helm the project. Fukanaga came on board with no writing partner and had most recently directed every episode of Netflix’s Maniac—although he’s probably best known for the first season of True Detective—so he had both a willingness to work with established 007 writers and fresh experience collaborating with a larger team to bring to life a massive production. It’s not impossible to imagine Boyle working well on a blockbuster project, but it’s also easy to see what qualities of Fukanaga as an artist lent themselves well to this particular project.

Danny Boyle’s take on the movie that would eventually morph into No Time to Die will join the likes of Quentin Tarantino’s proposed version of Casino Royale as unmade James Bond movies from famous auteurs that can’t help but stimulate the imagination. Though it’s unlikely Boyle will return to the 007 fold to try once again directing an installment in this series—the filmmaker himself made that much clear—moviegoers can at least thrill themselves by imagining what could’ve been. Plus, Boyle has no shortage of incredible and entertaining motion pictures in his own filmography ranging from Trainspotting to Steve Jobs. Clearly, Boyle’s cinematic legacy will be fine even without Bond, James Bond.

The film is set for release sometime this year.

Douglas Laman is a life-long movie fan, writer and Rotten Tomatoes approved critic whose writing has been published in outlets like The Mary Sue, Fangoria, The Spool, and ScarleTeen. Residing both on the Autism spectrum and in Texas, Doug adores pugs, showtunes, the Wes Anderson movie Fantastic Mr. Fox, and any music by Carly Rae Jepsen.

Genetic Testing Saves Lives. So Why Aren’t More Women of Color Doing It?
These Are ELLE’s 2021 Women in Hollywood
If Your Knees Always Hurt When Running on a Treadmill, Follow This Expert Advice
Port Orleans Riverside Resort Review
You Season 3 Ending Explained by Penn Badgley and Sera Gamble