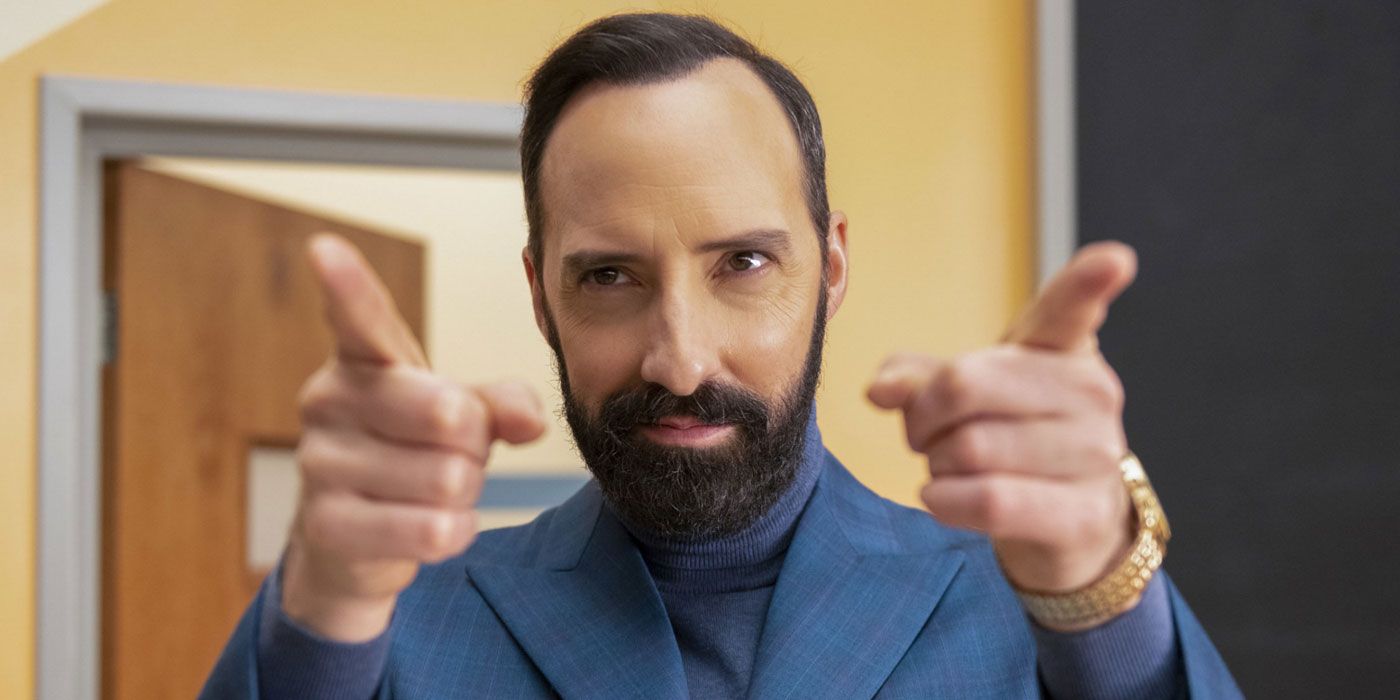 If you couldn’t get enough of Tony Hale on The Mysterious Benedict Society, get ready to see double again, as Disney+ has announced the adventure series is officially renewed for Season 2. In The Mysterious Benedict Society, Hale plays twin brothers who are mortal enemies. The good brother, the eccentric Mr. Benedict, recruits four orphans to infiltrate Dr. Curtain’s (the evil brother) school.

The new season was confirmed by Hale himself through a video on Disney+’s official Instagram account about a riddle involving many calculations. The video ends with a puzzle-like image that assembles itself to confirm Season 2 of the series is a go. Production is set to start in early 2022.

RELATED: Tony Hale on Playing Two Characters in ‘Mysterious Benedict Society,’ and Who He’d Want to Play in the MCU

The series was created by Matt Manfredi and Phil Hay, who’ve had their share of mysterious and adventurous stories: they co-wrote 2005’s Æon Flux, 2010’s Clash of the Titans, and 2015’s The Invitation. The showrunners for The Mysterious Benedict Society are Darren Swimmer and Todd Slavkin, who worked together on several series about heroes saving the day, such as Smallville, No Ordinary Family, Alphas, and Shadowhunters.

When talking about the greenlight for Season 2, Manfredi, Hay, Swimmer, and Slavkin shared their excitement and what the show means to them:

“We’re thrilled to have the opportunity to continue our journey into Trenton Lee Stewart’s witty, warm and wonderful world in a second season of ‘The Mysterious Benedict Society.’ This has already been such a special experience, thanks to our remarkable cast and collaborators. The belief that 20th Television and Disney+ have shown in our show and their commitment to its values of kindness, empathy and the celebration of different ways of being make this all very much a joy.”

Based on the series of children’s novels by author Trenton Lee Stewart, The Mysterious Benedict Society is set to use book two in the series as source material. Titled The Mysterious Benedict Society and the Perilous Journey, the story follows the four orphans as they look for Mr. Benedict when he disappears after falling into a trap set by Dr. Curtain. If the series keeps following this pattern, Disney+ and 20th Television will have to greenlight two more seasons to see the story through – not counting the prequel novel, that is.

You can stream all eight episodes of The Mysterious Benedict Society on Disney+ now. Check out the announcement trailer for Season 2 below.

You can read the official synopsis for Season 2 below:

Based on the best-selling YA book series by Trenton Lee Stewart, season two of “The Mysterious Benedict Society” picks up as the team of four intrepid orphans reunite a year after their first mission, when they were assembled by Mr. Benedict and his cohorts to foil the nefarious “Emergency” created by Benedict’s twin brother Dr. L.D. Curtain. Now they must embark on a perilous journey, relying on wits, intellect, and empathy to try to stop Curtain as he shifts to a new strategy with global implications.

KEEP READING: Kristen Schaal on ‘The Mysterious Benedict Society,’ ‘Bob’s Burgers,’ and What She Remembers About ’30 Rock’

The ‘Rogue One’ prequel debuts early next year

Jessica Chastain Wanted ‘Balanced’ Nude Scenes With Oscar Isaac In Scenes From a Marriage
Every Question You Have About You’s Dramatic Season 3 Finale, Answered
How 1.3 Million Americans Became Controlled by Conservatorships
Supercomputers Mimic Brain Activity, Hunt for COVID Treatments
I Took Apple Cider Vinegar Every Day For 1 Week, and These 3 Magical Things Happened