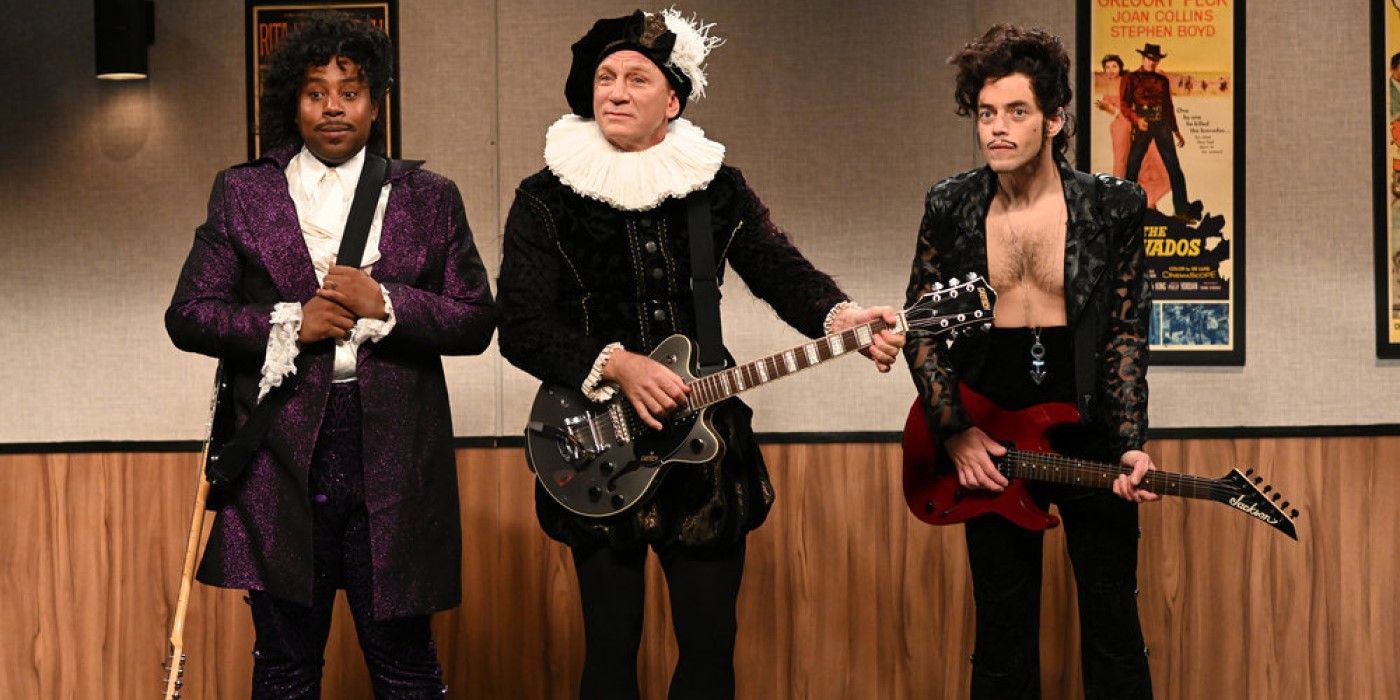 Rami Malek hosted the third episode of SNL last night for the 2021 season. Among parts in a Squid Game sketch, a celeb school game show sketch, and of course a killer opening monologue, Malek participated alongside Keenan Thompson in a bit about auditioning to play the role of iconic musician, Prince, in a new Jordan Peele movie, before Daniel Craig joined the party.

With Thompson and Malek acting as their best versions of Prince and doing things from “a funky lick on the guitar”, to “stepping on a Lego”, to even “getting in the shower and the water’s too hot”, the two battled it out first playing the famous beginning guitar lick to Prince’s hit, “Kiss” and then striking a pose. Ego Nwodim, Punkie Johnson, and Chris Redd served as the judges for the audition, throwing new suggestions at the duo for this “Prince-off”.

At the end of the audition, the judges still couldn’t decide. While they liked Malek’s portrayal and tell him that he looks “almost identical to Prince in costume”, the panel struggles with the idea of casting a white man to play Prince (even though Malek is not). As the panel starts to explain the twist in the upcoming film which is that it starts as a biopic and then turns out to be a horror movie about racism, James Bond himself, Daniel Craig bursts through the door.

Running late for the audition, there’s been a miscommunication as Craig has arrived dressed up as a medieval prince and not the groundbreaking artist. An out of breath Craig asks if he’s too late to audition for the part of “the prince” and is met with the exasperated judges explaining that it is not for the role of “the prince, it’s for Prince, the singer.” The judges and auditioners decide to let Craig have his chance and Thompson passes him a guitar. Craig gives his best “Prince seeing an adorable dog”, being bit by said dog, and kicking, but missing the dog. That’s when judge Peele makes the final call and tells Craig that he did “bad, but you’re James Bond, so you got the part.”

Turns out it really is all about who you know and who you’ve played in Hollywood. Check out the full clip below and keep reading for more fun from last night’s SNL starring Rami Malek.