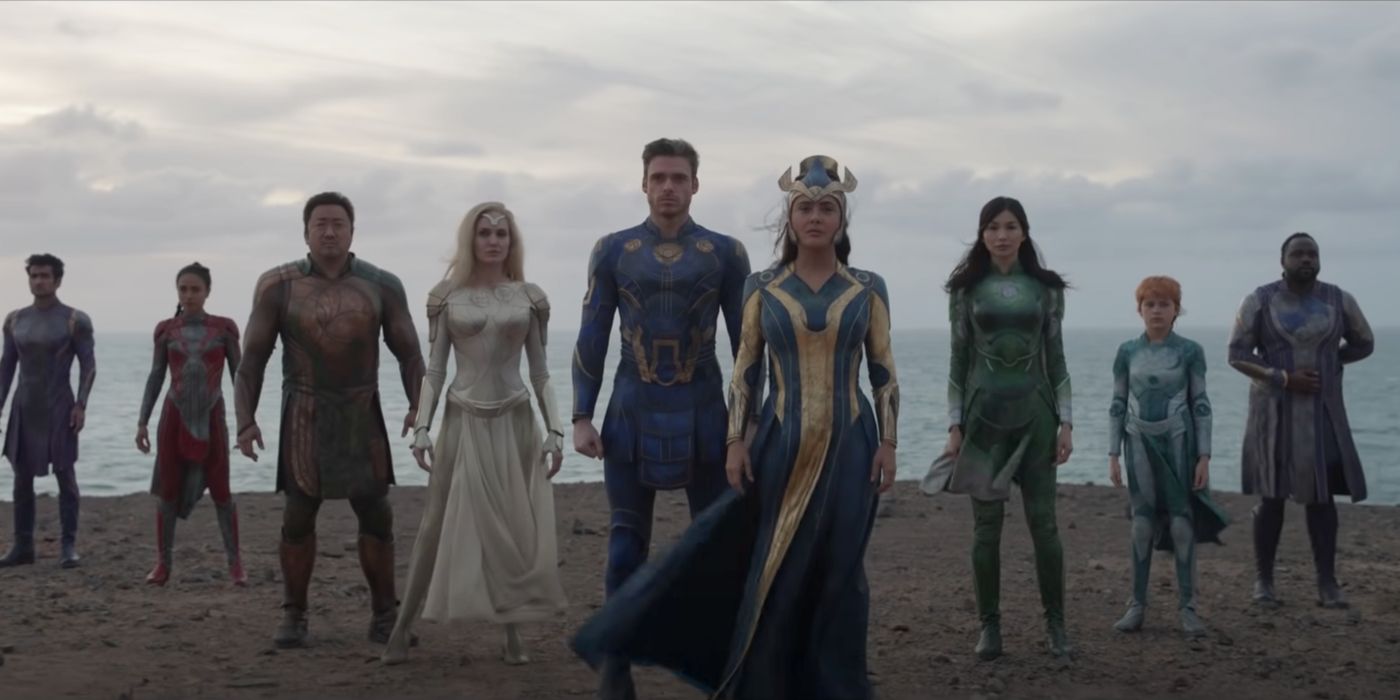 Marvel’s Eternals, the 26th film in the Marvel Cinematic Universe, will be coming out next month on November 5th, but with the film now screening for critics, we now have the first reactions to director Chloé Zhao’s first superhero film.

Eternals was originally scheduled to release on November 6, 2020, but like so many films, was delayed due to the COVID-19 pandemic. The film was then shifted to a February 2021 release, before finally settling on November 5th. Eternals is the fourth film from Zhao, who previously directed 2015’s Songs My Brothers Taught Me, 2017’s The Rider, and 2020’s Nomadland, which won Best Picture at the Academy Awards, as well as earned Frances McDormand another Best Actress trophy, with Zhao taking home Best Director – only the second female director to do so. Zhao also co-wrote Eternals alongside Patrick Burleigh, Ryan Firpo, and Kaz Firpo.

Eternals centers around an alien race of immortals who have lived on Earth for more than 7,000 years, as they try to protect the planet from evil monsters known as Deviants. Comprising the team is Gemma Chan as Sersi, Richard Madden as Ikaris, Kumail Nanjiani as Kingo, Lia McHugh as Sprite, Brian Tyree Henry as Phastos, Lauren Ridloff as Makkari, Barry Keoghan as Druig, Don Lee as Giglamesh, Salma Hayek as Ajak, and Angelina Jolie as Thena. In addition to these heroes, Kit Harington will play Dane Whitman, also known as the Black Knight.

So what did critics think of Eternals and the MCU’s introduction of their latest superhero team? Did they think Zhao’s direction made this one of the best Marvel films yet, or did they find it to be a disappointing low in a year that has already brought us Marvel works like WandaVision, Loki, and Shang-Chi and the Legend of the Ten Rings? Check out some of the early reactions for Eternals below.

First up, here’s what Collider’s own Perri Nemiroff, Steve Weintraub and Christina Radish had to say:

Critics agree that this is a dense, but visually stunning new chapter for the MCU:

‘Squid Game’ Episode 2 Recap: A Game of Free Will

In the second episode of Netflix’s hit death game, players get to choose between going home or playing for survival.