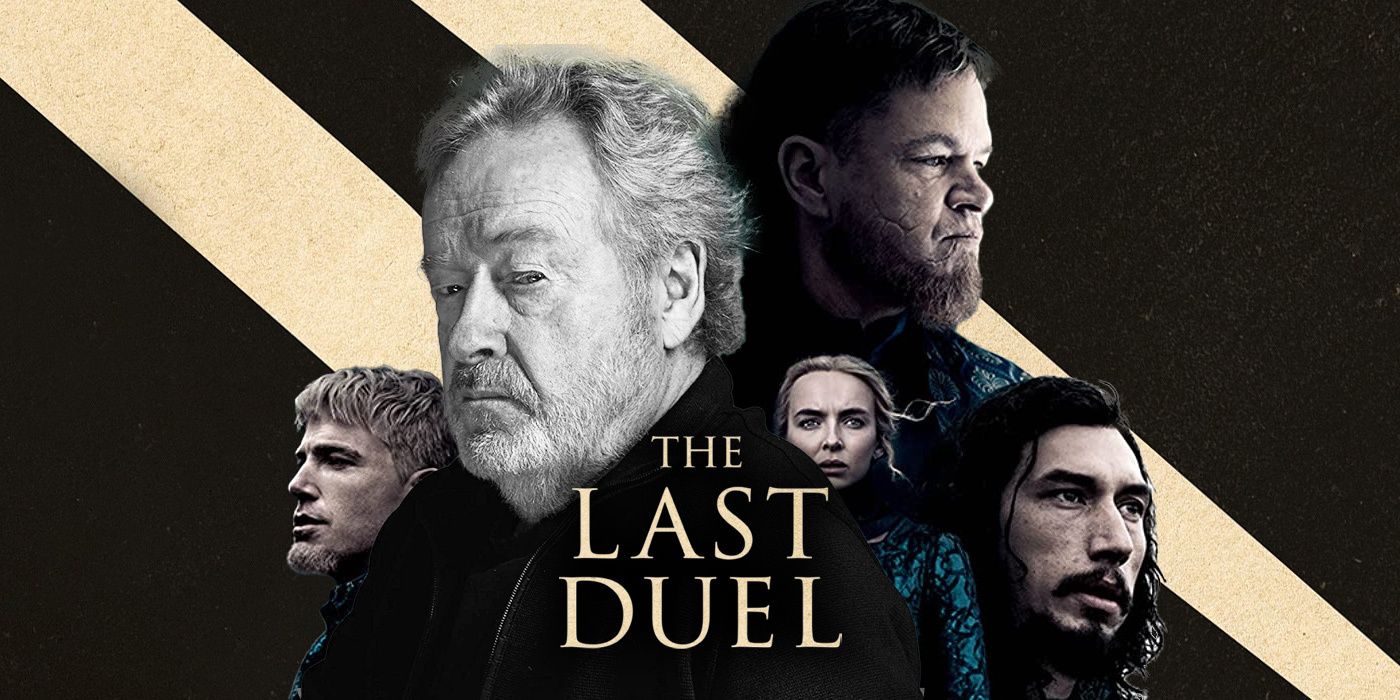 The Last Duel, Ridley Scott‘s 14th-century French epic, has hit Digital today and will land on 4K, Blu-Ray, and DVD release next month on December 14, and Collider can exclusively reveal a behind-the-scenes clip from the upcoming release that features Scott directing the intense jousting beginning of the titular duel. The film hit theatres last month, the first of Scott’s two 2021 films (the second being the current release House of Gucci). The Last Duel was received well by both critics and audiences, so now is a perfect time for those who have yet to see the film to check it out.

In the exclusive clip below, we see Scott staging the action-packed duel between Damon and Driver that eventually comes to life on-screen, quickly intercut with shots of the storyboards as well as some of the behind-the-scenes magic that goes into making filming a safe experience for everyone involved, especially the actors and animals used in these daring stunts.

Based on actual events, the film stars Matt Damon and Adam Driver as friends Jean de Carrouges and Jacques Le Gris, two knights who must fight to the death after de Carrouges’s wife (Jodie Comer) accuses Le Gris of assault. Ben Affleck also stars as Pierre d’Alençon, a French noble. The Last Duel was written by Damon, Affleck, and Nicole Holofcener (Enough Said, Can You Ever Forgive Me?), and based on the book written by author Eric Jager. Scott, Holofcener, Damon, and Affleck all produced the film alongside Kevin J. Walsh and Jennifer Fox.

Related: Is ‘The Last Duel’ Based on a True Story?

The Last Duel‘s release will include a documentary detailing the making of the historical epic, described as follows:

The Last Duel is currently available on Digital, and will be available on 4K, Blu-Ray, and DVD on December 14. Watch the Collider exclusive clip in ther player above.

Trial by combat has never looked this good, or this eye-gougingly gnarly.

John Lutz is a Weekend Film/Television News Writer for Collider. He joined the team in the summer of 2021, but has been an avid fan and follower of the site for years. With a Bachelor’s Degree in journalism, John has always enjoyed writing, particularly for film and television, going so far as to minor in film studies. He manages all of the written content for the independent podcast Post-Credit Brews, in addition to serving as a co-host. John is an avid fan of the MCU, action, and sci-fi films, but also enjoys a good thriller or work from a true cinematic auteur. His passion also extends into television, and he will riot if Bob Odenkirk doesn’t win an Emmy Award by the end of Better Call Saul’s run.

US Soccer Guarantees Equal Pay Through 2028 — Here’s What That Means
‘I Really Needed to Reclaim My Life’: Rep. Gwen Moore Shares Her Abortion Story
A Perfect Summer Capsule Wardrobe Requires These 7 Essentials
How To Wear Streetwear Like A Grown-Up
Jennifer Lopez Looked Chic in a Navy Mini Dress on Day Date With Ben Affleck