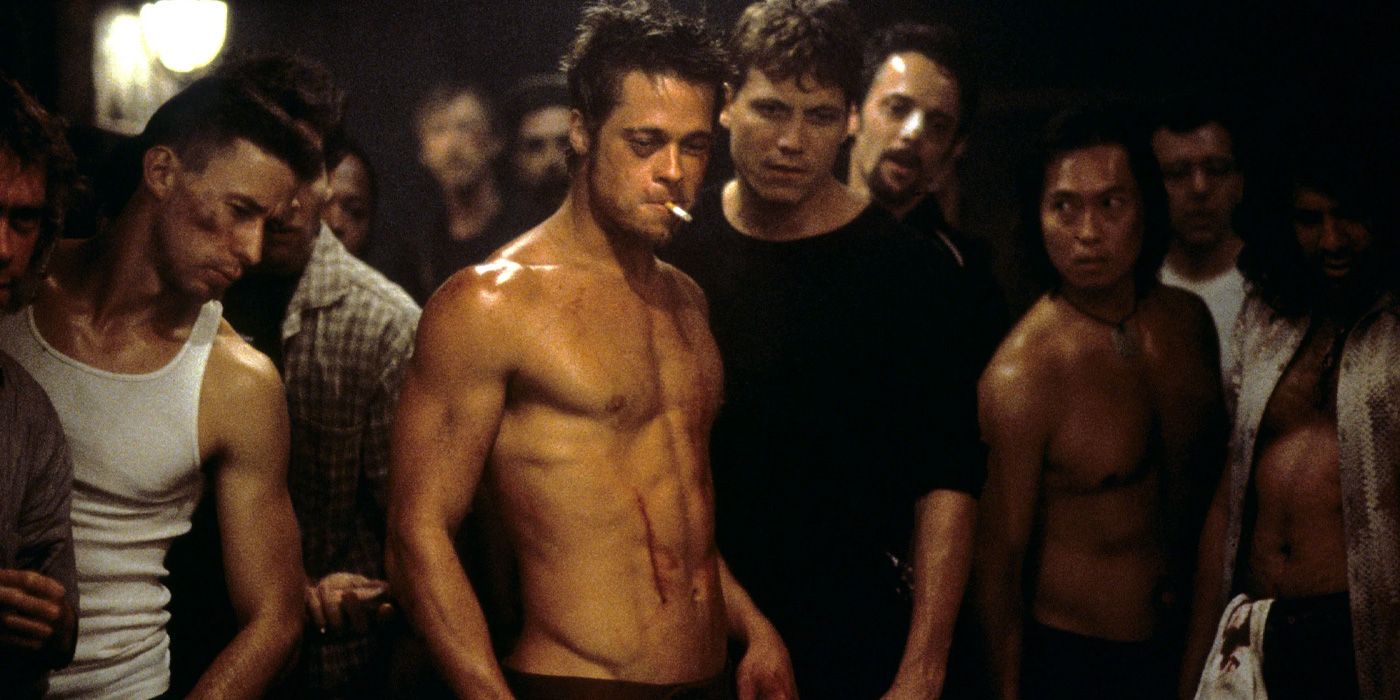 David Fincher‘s beloved cult classic, Fight Club, has received an online release in China via the streaming site Tencent Video, but with an extremely different ending. In order to satisfy censors, the film’s original ending — involving the “death” of Tyler Durden (Brad Pitt) — has been axed from the film, removed in order to face approval from the Chinese government, who are notoriously strict about what films are screened in the country.

Fight Club’s original ending involves Edward Norton‘s Narrator ridding himself of his split personality, Tyler Durden by “killing” him, before Marla Singer (Helena Bonham Carter) is brought into the building where the Narrator is currently lying low. The movie ends as the Narrator and Marla hold hands and watch from a tall window as Project Mayhem’s plan is orchestrated and buildings collapse, implying that Durden’s plan for the fall of consumerism has begun. The version released in China, however, removes the ending entirely, replaced by on-screen text explaining that Project Mayhem’s plan was halted by police and that Tyler Durden was put away. The exact text reads as follows:

“Through the clue provided by Tyler, the police rapidly figured out the whole plan and arrested all criminals, successfully preventing the bomb from exploding. After the trial, Tyler was sent to lunatic asylum receiving psychological treatment. He was discharged from the hospital in 2012.”

The Tencent version of Fight Club is the only version of the Fincher film that has been available in China outside of an initial screening during the Shanghai International Film Festival, though there has been no confirmation whether the edited cut is what premiered at the festival. It is unclear whether this edited version of Fight Club was created because of government order or by the streaming site itself in order to escape a ban, but Tencent Video has declined to comment. The site, however, has featured edited versions of international films in the past, as Chinese censors forbid portrayals of nudity, violence, and other intense material.

Every David Fincher Movie Ranked from “Worst” to Best

Please note the titles of Alien 3 and Se7en did not affect their rankings.

Christine Quinn Would Love Her Own Reality Show, Thank You Very Much
Remy’s Ratatouille Adventure Moving to Genie+
How I Reclaimed Indian Beauty Rituals for Myself
4 Air Force Cadets May Not Graduate Over Vaccine Refusal
What Blake Lively and Ryan Reynolds’ Dates Are Like 10 Years Into Marriage: They’re ‘Avid Homebodies’