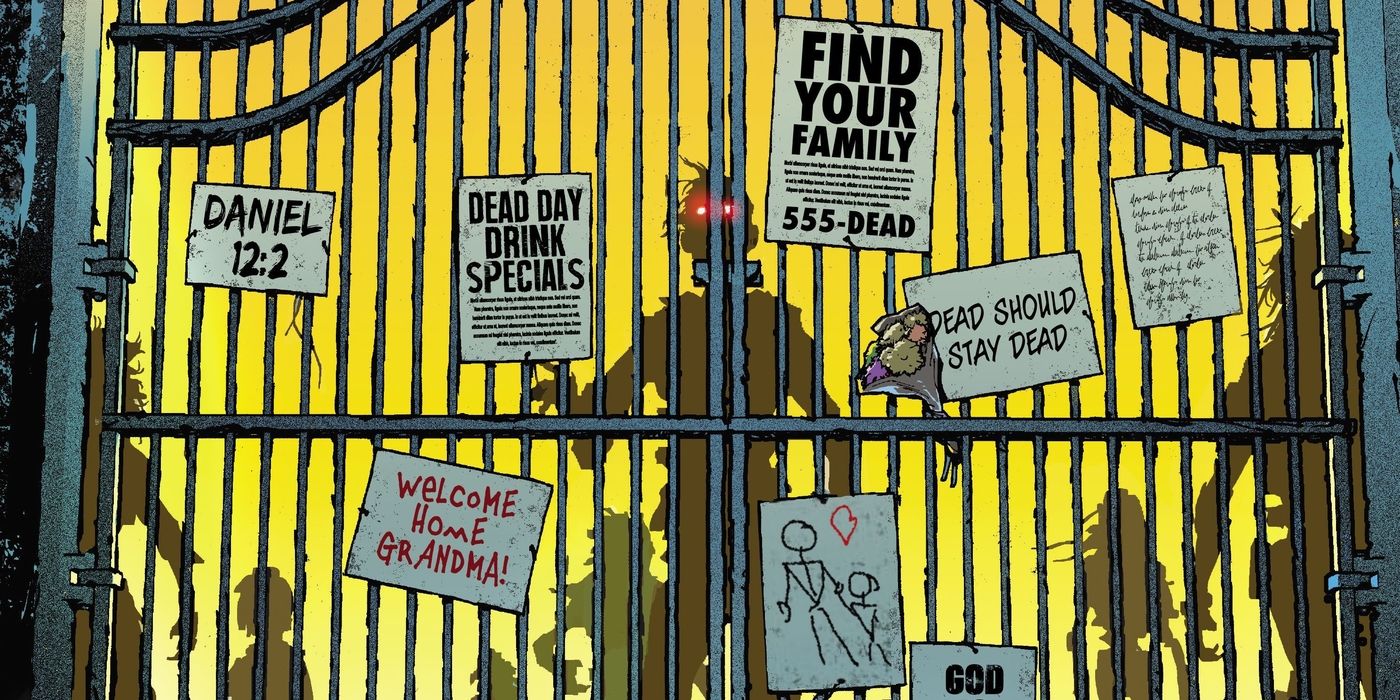 Fans of Ryan Parrott’s beyond-the-grave funny comic, Dead Day, now have a TV adaptation to look forward to. Peacock has announced that they have given a straight-to-series order to a version of the zombie-centric AfterShock hit. Mega talented duo Julie Plec and Kevin Williamson, who previously teamed up to bring fans the eight season CW phenomenon The Vampire Diaries, will serve as co-showrunners, writers, and executive producers.

In a story bound to make you question if you’d ever want to see deceased loved ones come back from the grave, Dead Day will center around a fun cast of characters preparing and surviving an annual event known as “dead day.” One night a year, the departed rise from their eternal resting places to visit family and friends, tie up loose ends, celebrate, or just rain down hell on earth.

Aside from their work on The Vampire Diaries, both Plec and Williamson have a laundry list of heavy Hollywood hitters under their belts. Williamson is a household name, having a long and successful career behind some of the world’s favorite films and television shows. He penned the script for the original Scream film and went on to write Scream 2 and Scream 4, also having a hand in 2022’s SCREAM as an executive producer. Along with The Vampire Diaries and Dawson’s Creek, Williamson has also created television shows such as The Following and Stalker, and presently serves as producer for Miramax Studios’ upcoming film, Sick.

Meanwhile, Plec is currently staying busy serving as a co-executive producer and co-writer for Vampire Academy, which she also created. On the side, she’s working with NBC as an executive producer for their soon-to-be series, The Endgame. In the past, she has worked on films including Scream 2, Scream 3, and The Broken Hearts Club: A Romantic Comedy. Television wise, it seems Plec’s work is everywhere. She has served on series such as Kyle XY and Riverdale as well as The Vampire Diaries’ spinoff stories, The Originals and Legacies.

If there wasn’t more of a reason to get a subscription to Peacock, this news does it. With the creative engine of Plec and Williamson running the new series, Dead Day is bound to be a show you don’t want to miss. For fans of the original comic that can’t wait for the new series to be released, they can pile on the excitement knowing that Dead Day was also confirmed for a volume two release.

7 Horror Movies You Should Watch Before Seeing ‘Scream 5’

These films will slash their way into your heart.